It's Halloween Season. Pumpkins, scarecrows, and witches decorate front yards, kids look forward to dressing as their favorite characters as they run door to door Trick-or-Treating, and mischievous friends enjoy pulling pranks on each other. Plus, there is never a shortage of scary ghost stories. During this time of year, I remember my own ghost story that happened many years ago. Some ghost stories are fictional, but the one I am sharing is true. Honestly. It really happened. No kidding......... 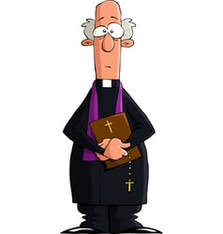