“A good wife is a woman who loves her husband and her country with no desire to run either.”  – President Grover Cleveland.

A new poll is asking lots of questions about what people think of America’s First Ladies. Questions like: How much influence should she have? Should she get a government salary for all she does? Should she be allowed to hold an outside job? The poll is part of a project between CSPAN and the White House Historical Association for a new TV series, “First Ladies: Influence and Image.”

I wish CSPAN good luck with their survey, because these and other questions have been controversial and debated for more than two centuries. It seems the only things most Americans agree on is they want their first lady to be intelligent but not express an opinion, dress nicely but not be a fashion trendsetter, to have a faith without being “too” religious, and work full time on behalf of the nation without expecting a paycheck.

Since the beginning of our country in 1789, each First Lady has put her individual stamp on the position. Some preferred to stay in the background, turning over their hostess responsibilities to other women. Others were politically ambitious. They attended cabinet meetings and influenced elections long before women had the right to vote.

In 1992, presidential candidate Bill Clinton told the public that his wife Hillary would play an active role in his administration, saying Americans would be getting “two for the price of one.” After moving into the White House, their young daughter Chelsea was enrolled in The Sidwell Friends School. Only a few days later Chelsea broke out in a minor skin rash. The school nurse told Chelsea she would need to call one of her parents for permission to give her some medication. Chelsea suggested, “You better call my daddy because my mom’s real busy right now.”

First Ladies have been ambassadors, cheerleaders, protectors, and confidants of the most powerful men in the world. They have been White House managers, overseen state dinners and massive renovation projects, called attention to social and human rights issues, literacy, and health.
​
These prominent women have been responsible for a significant amount of legislation, led and influenced the country in times of war, promoted the importance of education, protection of children, drug problems and called attention to the plight of women in third world countries.
They have championed basic rights for women such as Ellen Wilson (1913-21), Woodrow Wilson’s first wife, who was instrumental in getting public restrooms for women government workers. First ladies have been responsible for beautification projects as well, like the famous Rose Garden on the White House lawn.

During the three week long annual Cherry Blossom Festival, nearly a million people from around the world stroll among the beauty and fragrance of Washington’s internationally famous cherry trees. The annual spectacle was born out of the interest and effort of First Lady Helen Heron Taft (1909-13), wife of William Howard Taft.

First Ladies have served as diplomats traveling around the country and the world. Eleanor Roosevelt (1933-45) traveled an average of 40,000 miles a year. She wrote, “I have access to the president. And if you don’t use that access to do things that need to be done in this country, need to be done for people, I would be sorely remiss and irresponsible.”

In 1969, while visiting South Vietnam, First Lady Pat Nixon flew in an open-door helicopter where she witnessed U.S. troops fighting in the jungle below. In 1970, after a Peruvian earthquake killed 70,000 people, leaving over 800,000 homeless, she initiated a “Volunteer American Relief Drive.” Mrs. Nixon flew to Peru where she aided in taking relief supplies to the victims. Her compassion and disregard for her personal safety earned her the ‘Grand Cross of the Order of the Sun’ the highest Peruvian distinction and oldest such honor in the Americas.

Should the First Lady receive a salary? That question will continue to be debated for another 200 years. These hard-working women have touched our lives in countless ways, but the power of their position shouldn’t be discounted.

Shortly after becoming First Lady in 1974, Betty Ford underwent a mastectomy. Her candidness about her breast cancer prompted women throughout the country to get mammograms. She later wrote, “I kept thinking of all those women going for cancer checkups because of me. I’d come to realize more clearly the power of the woman in The White House. Not MY power, but the power of the position. A power which could be used to help.”

Lucy Webb Hayes, wife of President Rutherford B. Hayes (1877-81) was, without a doubt, a powerful first lady. Like Bill Clinton, President Hayes made it clear Lucy was his presidential partner. When Mrs. Hayes left Washington for a few weeks to visit her family in Ohio, the Boston Post ran this quip: “During the absence of Mrs. Hayes, Mr. Hayes will be the acting president.” 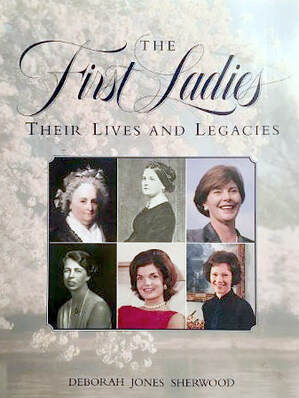